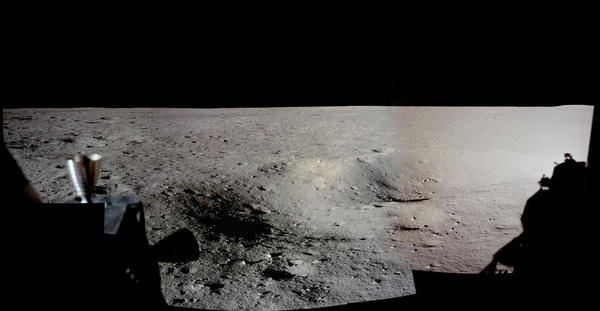 So it’s the fucking moon. Big deal. As ifyou haven’t seen it before, tacked to the skylike a rotten hunk of meat, a maudlin love

letter (the i’s dotted with hearts) hungon the sky like ninety-eight theses.Don’t stare at it like it means anything.

Walk past it quickly, eyes averted.Don’t give it the chance to collect meaningfrom your outstretched hand like a pigeon.

Ascribing it a will, calling it fickle, orthinking it has any say or even an opinionof your affairs is a mistake: it’s separated

from you by three hundred eighty thousand milesof emptiness, staring at you blankly like a childor your reflection when you found your love broken

in the dark, when time fell apart, broke down,started following you around everywhere, moonfaced,doggedly asking where you’re going, like you know.

Don’t try side stepping time, either: it’s onlya river you’re stuck in, carrying you under the glareof the moon nuzzling closer, cooing in your ear

like a dove that escapes into the empty sky at dawn.