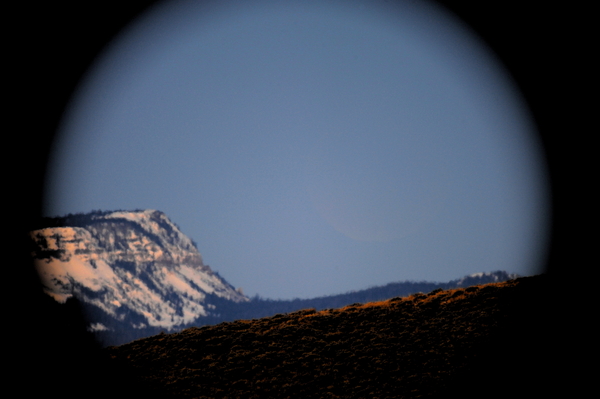 The moon is gone and in its place a mirror. Looking at the night sky now yields nothing but the viewer’s own face as viewed from a million miles, surrounded by the landscape he is only vaguely aware of being surrounded by. He believes that he is alone, surrounded by desert and mountain, but behind him—he now sees it—someone is sneaking up on him. He spins around fast, but no one is there on Earth. He looks back up and they are yet closer in the night sky. Again he looks over his shoulder but there is nothing, not even a desert mouse. As he looks up again he realizes it’s a cloud above him, which due to optics has looked like someone else. The cloud blocks out the moon which is now a mirror, and the viewer is completely alone.